Paul Collier is Professor of Economics at Oxford University and Director of the Centre for the Study of African Economies. 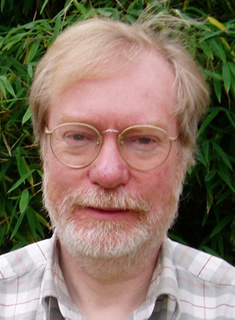 In The Bottom Billion, Paul Collier points out that poverty is falling quite rapidly for about eighty percent of the world.  He argues that the real crisis lies in a group of  58 failing states, home to the bottom billion, whose problems defy traditional approaches to alleviating poverty. He argues that these countries are the scene of a struggle between reformers and corrupt leaders.  Collier analyzes the causes of failure, pointing to a set of traps that snare these countries, including civil war, a dependence on the extraction and export of natural resources, and bad governance.   He argues that our standard solutions do not work against these traps: aid is often ineffective, and globalization can actually make matters worse, driving development to more stable nations.  The Bottom Billion, was the winner of the 2008 Lionel Gelber Prize for the world’s best book on international affairs, and the 2008 Gold Medal Winner of the Arthur Ross Book Award, given by the Council on Foreign Relations.

In his new book, Wars, Guns and Votes: Democracy in Dangerous Places, Paul Collier investigates the violence and poverty in the countries at the bottom of the world economy that are home to a billion people. He argues that pressures to introduce partial democratic reforms may have been counterproductive and that this may have increased the risk of political violence. He argues for 3 key policy measures that the rich world should implement to reverse the declining fortunes of these countries.